I am currently engaged in an on-going dialogue with Jonathan K. on his blog, World of Faith, over various questions regarding "Charismatic" theology. Though Jonathan is a regular commenter on several Southern Baptist blogs, he is openly "Charismatic" and is not a Southern Baptist. Though I have found him to be a warm-hearted Christian, and a gentleman in his tone and style of dialogue, there are several issues over which I do not agree with Jonathan in his interpretation of Scripture.

Jonathan first commented on this post here on my blog, and invited me to comment on his blog concerning an issue related to his defense of "Charismatic" theology. At first, I had little interest in taking the time to respond, at least in any length, to Jonathan’s questions. I am fairly confident in my positions on the issues over which Jonathan wished to engage me, and Jonathan is fairly confident on his positions. I don’t think either one of us is probably going to convince the other of our point of view. For this same reason, I do not generally take time in my busy schedule, for instance, to debate with any number of Presbyterians in the blogosphere over the issue of infant baptism. Not to say these are not important issues, nor that those discussing them are unworthy of my respect, but in the general scope of things, I, at this particular time in my life, have more important things to do with my time.

In the end, however, I have taken a bit of time to respond to the questions Jonathan raises on his blog. I think it has been a valuable experience that may also be of some interest for some of you from Southern Baptist backgrounds that read my blog. Not that I consider myself to be an “expert” on these issues, or more equipped to answer Jonathan’s questions than many other people who have more theological knowledge than myself. Neither do I consider Jonathan to necessarily be the consummate defender of the traditional "Charismatic" point of view, though he does, in my opinion, do a quite admirable job of presenting his position.

The point for me is the following: many Southern Baptists have a tendency to equate “continualist” interpretation and a befief in the legitimacy of “private prayer language” with the point of view presented by Jonathan on his blog. The dialogue I have been having with Jonathan is a good opportunity for me to show how, even though I am a “continualist” and believe in “private prayer languages,” I am not necessarily, at the same time, on the “slippery slope” towards full-blown "Charismatic" theology.

I am thankful for Jonathan and his evident love for the Lord and for the Word of God. I am proud to embrace him as my brother in Christ. At the same time, I readily concur with others in Southern Baptist life that someone who takes the views Jonathan takes should not be considered as a candidate for missionary service with the IMB, the NAMB, or for leadership positions of our Southern Baptist institutions. His views, in some areas, are indeed, in my opinion, incompatible with what we, as Southern Baptists, have decided together is our understanding of doctrine taught in God’s Word.

I obviously (for those of you who regularly read this blog) do not, however, think this is necessarily true for all those who adopt "continualist" theology and/or believe in or practice a “private prayer language.” I believe that anyone who carefully reads through the dialogue between Jonathan and me will be able to see how this is the case. Some may even be persuaded that Jonathan’s arguments from Scripture are more convincing than my own. I am okay with that. I believe we all must do our best to look at all sides of the issues, and decide for ourselves what is the best interpretation. We must be guided more by our best effort to be objective than by our denominational biases.

I am hesitant to use the term “Charismatic,” because it means different things to different people. However, for lack of a better alternative, my point in this post is not so much to convince you of the correctness of my biblical interpretation as it is to show you the difference between “Charismatic continualist” interpretation and “non-Charismatic continualist” interpretation. For those who do not want to take the time to read through the entire dialogue on Jonathan’s blog, I will give the following synopsis to the differences of the various views, as I see them…

Jonathan’s posts (and my comments) up to now include:

I agree with you here. Believing in the continuance of "charismatic" gifts does not equal acceptance of pentacostal/charismatic theology. Even the belief that private prayer language is speaking in tongues to God and not to man, does not mean that someone accepts tongues as "ecstatic utterances".

I'm surprised that you do not have more comments on this post. Do you think it is difficult to think outside the lines of traditional systematic theologies?

I've been trying for months to explain to a couple of individuals that an interpretation that allows for the continuation of all the gifts is NEITHER Pentecostal nor "charismatic" in the truest sense of those terms.

With Alan, I can't help but wonder at the absence of more comments.

Thank you for this post and for the links. It is instructive, even though I imagine that some of our brothers wish it were not.

I apologise for not commenting earlier David, but thought I should read all the material first before commenting... (and I still haven't.. I am still shell shocked by recent events).
It is very true that a person can have a continualist position and reject charismatic practices. Many of my closest friends here in ministry accept that position.
I have no problem with their position, although I personally disagree with them. I personally believe that the gospel itself should always have preeminence, rather than lesser doctrinal positions.
I don't think the current debate is actually going to be over continualist versus cessationist and its variations, but rather over deliberate attempts to distract from gospel ministry to charismatic extremism, and its effects upon major doctrines.
This is a very well written and argued article David: you are always to be commended for your thoughtful insights that are always enriching to the reader (and I am not gilding the lilly when i say that).
Steve

I also have not read all the blog correspondence between you and Jonathan K. But I've read enough to see that I lean more toward your "open but cautious" stance. Maybe my position could be more accurately called "eager and cautious" -- eager in the Pauline sense of "eagerly desire spiritual gifts, especially that you may prophesy."

I'd like to recommend to your readers two good books on this subject (-- and why aren't there more comments?!):

1. Empowered Evangelicals: Bringing Together the Best of the Evangelical and Charismatic Worlds by Rich Nathan and Ken Wilson (Vine Books, 1995; foreword by J.I. Packer)

2. The Word and Power Church: What Happens when a Church Seeks All God Has to Offer by Doug Banister (Zondervan, 2002).

Both books are balanced, biblical, and wise in presentation. Very encouraging to me.

I hope and pray that, once they consider these issues, many more SB pastors, churches, and missionaries will adopt a gracious stance similar to yours, and that one day, we'll have greater unity and greater cooperation in spreading the Good News. People are desperate to hear while we argue away! Let's get this squabble behind us as soon as possible. Or just get on with the work, with those who do share our values.

With you, for His glory in the nations,
Todd

I would simply like to thank you for showing us how two brothers with different interpretations of certain text can have a dialogue without attacking one another. I've seen two much of this from both sides.

I direct a ministry in Amarillo, TX that has churches from several different denominations participating. I've learned a lot about how to navigate doctrinal differences from this exchange. 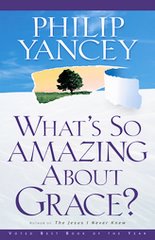